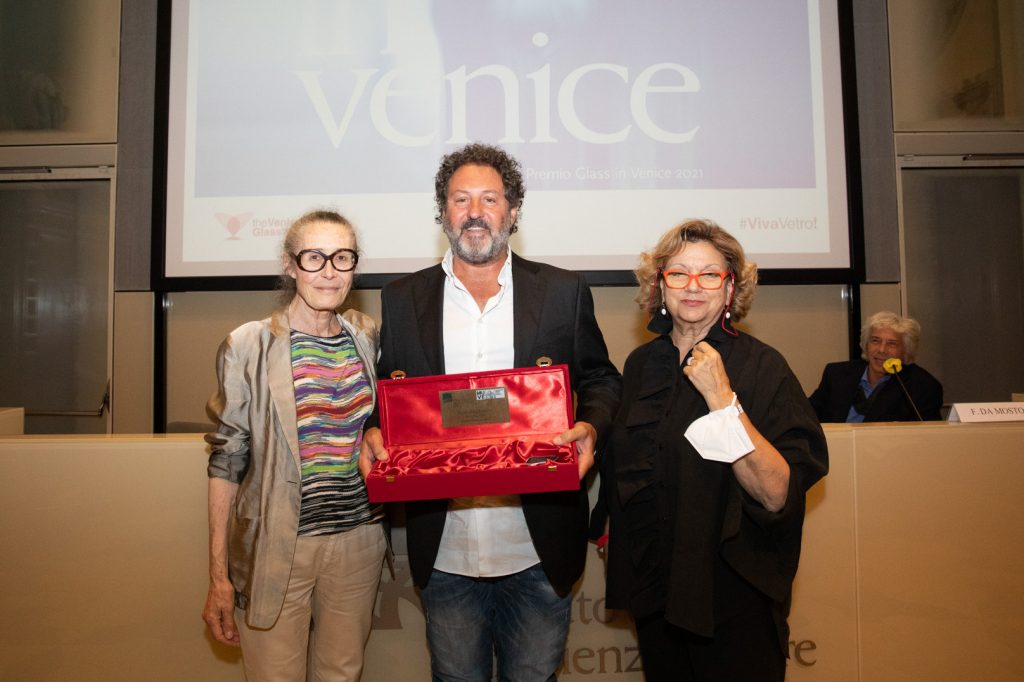 The Glass in Venice Prize, promoted by the Istituto Veneto di Scienze, Lettere ed Arti and by Fondazione Musei Civici di Venezia, in its ninth edition will be awarded to Federica Marangoni (lifetime achievement award), and Mauro Bonaventura.

Federica Marangoni is an artist who since the 1970s has been creating works and large installations of a high conceptual impact in which she uses glass alongside or instead of other expressive media. She has also worked in Murano glassworks to make absolutely original decorative and design pieces. Her works have been shown and collected in public spaces and museums all over the world. Marangoni proclaimed in one of her installations that Art has no sex and has demonstrated this with all her intense and incisive artistic production.

Mauro Bonaventura is a glass artist who has shown extraordinary technical-executive and creative abilities in his flameworked glass pieces. Having come to the world of Murano glass almost by chance in the 1980s, he was excited by this material and in the following decade decided to devote himself to flameworking and open his own studio. Bonaventura’s intelligence and obstinacy have allowed him to develop an extraordinary technical skill and create works of unusual shape and size, thanks to his very personal talent.

The Award Ceremony is by invitation only, but it will be possible to follow it online via the YouTube Channel of The Venice Glass Week.

During the same ceremony, the Premio Fondazione di Venezia per The Venice Glass Week (first edition) and the Autonoma Residency Prize (second edition) will also be awarded.

We use cookies on our website to offer you the most relevant experience by remembering your preferences and visits repeated.
By clicking on "Accept" you agree to the use of ALL cookies. However, you can visit "Cookie Settings" to provide controlled consent. Read More
Cookie Settings ACCEPT Reject

This website uses cookies to improve your experience while you navigate through the website. Out of these, the cookies that are categorized as necessary are stored on your browser as they are essential for the working of basic functionalities of the website. We also use third-party cookies that help us analyze and understand how you use this website. These cookies will be stored in your browser only with your consent. You also have the option to opt-out of these cookies. But opting out of some of these cookies may affect your browsing experience.
Necessary Always Enabled
Necessary cookies are absolutely essential for the website to function properly. These cookies ensure basic functionalities and security features of the website, anonymously.
Functional
Functional cookies help to perform certain functionalities like sharing the content of the website on social media platforms, collect feedbacks, and other third-party features.
Performance
Performance cookies are used to understand and analyze the key performance indexes of the website which helps in delivering a better user experience for the visitors.
Analytics
Analytical cookies are used to understand how visitors interact with the website. These cookies help provide information on metrics the number of visitors, bounce rate, traffic source, etc.
Advertisement
Advertisement cookies are used to provide visitors with relevant ads and marketing campaigns. These cookies track visitors across websites and collect information to provide customized ads.
Others
Other uncategorized cookies are those that are being analyzed and have not been classified into a category as yet.
SAVE & ACCEPT